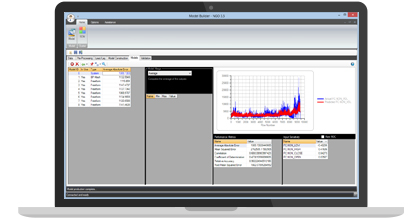 Create Your Own or Use 3rd Party Add-ins 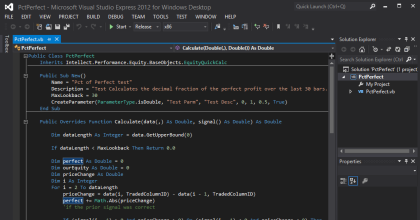 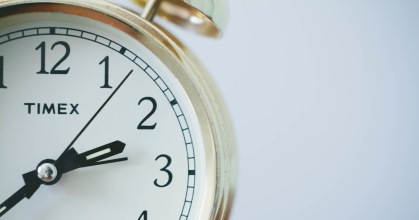 WHAT IS THE NGO?

The NeuroGenetic Optimizer automates neural network design and training by searching through combinations of input variables, neural model architectures and also their internal structures to evolve committees of fully trained high performance robust models that predict what you seek. It is particularly good at time-series modeling.

Back in the late 1980s and early 1990s, neural networks were having their debut in common applications, but many development tools were complex with many different architectures and internal structures. This made them difficult to use because you really had to be an expert to craft a particular neural net to predict something. Compounding the challenge, it was not clear which inputs to use in the models. The tendency was to use a lot of inputs, or maybe start with a few, but adding inputs sometimes made the results worse because the added input brought more noise than information content. Something was needed to tackle this challenge. As we sat back and thought about it, we realized this is a "combinatorial search" problem, something Genetic Algorithms are good at, and so we created the "NeuroGenetic Optmiizer" (NGO).

The NGO ushered in a new breed of neural network development systems and as such, it is the world’s first general purpose, robust, practical tool to naturally genetically engineer neural networks. The NGO emerged not only from the technical challenge of designing models, but from our consulting services’ need to easily and efficiently discover the best data elements and neural network architectures quickly to build effective neural network applications. In our systems development process, we found we were spending too much time attempting to find the best networks, significant input variables and performing other neural network development efforts manually. It was clear that an effective automation tool was needed to off-load these hours of effort onto computers and hence the NGO was born.


How The NGO Attains High Performance and Robustness

During the search process the NGO splits data into 3 data sets;

These data sets are extracted sequentially, randomly or random with similarity checking to provide appropriate sampling for model construction. Using regression with "early stopping" (an excellent technique) and double validation and looking for consistency across all three data sets creates models of outstanding robustness.


Use Your Models in Excel

The NGO's models can be used in Microsoft Excel. Just ask us for the "mesh.xls" and we'll email it to you.

All "Point-n-Click", no coding required. Tab based interface takes you through the process from data to result.

Build the right model quickly, well suited to your data.

The NGO has something called "Sensitivity Analysis" that tells you which inputs have the greatest effect on what you are modeling. VERY valuable!

The NGO takes care of the hard part of neural network* design and input selection for you.

OUT OF SAMPLE RESULTS

Overfitting is a thing of the past with our combination of early stopping and triple validation.

"Add-in" your own or use 3rd party data pre-processing functions.

We stand behind our products and have a dedicated site just to support them. USA based staff are alert to your needs. We also offer classes to get the most out of your investment.

Using the NGO to Find Causes of Problems

What we deliver to you

You control the complexity of the models, capable of great depth and sophistication necessary for complex non-linear behaviors.

Now you can see which inputs are key drivers of what you are modeling.

Visualize the non-linear complexity of your predictive models with 3D Response Surfaces. Get insights no one else has.

Winnow Down to Key Inputs

Select weak inputs and set to ignore, remodel, repeat. Through this process you can reduce down vast numbers of inputs to the key causal drivers.

Drive the CPUs of your computer for faster modeling. The NGO supports multiple processors. Light them up!.

Clean your data, compute new inputs, you can feed your models any of billions of pre-processing combinations using a set of included time series functions. View your data with row or time based charts

The NGO displays charts with prediction vs. actual along with a variety of very useful model performance metrics.

Multi-task! Work with multiple model system windows at once. Prepare one solution while another solution is modeling.

Works With Most Any Data

You can use most any data, model anything you wish!

Pre-processing functions can be written and added-in if you like.

What kind of computer do you need?

The NGO has the following technical requirements:

As a recent evaluator of neural networks in R, I still find NGO far superior in all its capabilities. I absolutely love it !

I use the models in Bloomberg's engine

* The NGO uses our "Mesh" modeling technologies, conceptually similar to neural networks, but enhanced to be more flexible and improve performance outside the range of training data.